“This office is the real deal! Professional, experts in their field and with Dr.s constantly performing research.”

Are your favorite polo and jeans not fitting you right because of love handles? Do you want to achieve a more chiseled body that reflects all the hard work you put in the gym? CoolSculpting may be the perfect solution for you. 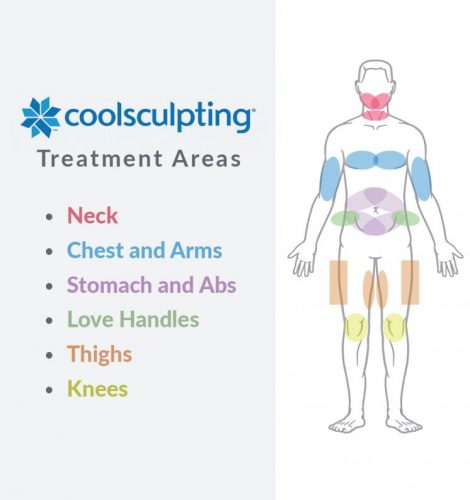 This revolutionary treatment is not only one of the most in-demand body contouring procedures at Cosmetic Laser Dermatology in San Diego, but its popularity has swept across the globe! More and more men are turning to CoolSculpting to achieve their dream physiques.

Popsicles may not be a popular snack choice for those wanting to tone up but believe it or not, this frozen treat led to the development of CoolSculpting. Doctors who were familiar with the phenomenon called “popsicle panniculitis” which had to do with fat loss on the cheeks that occurs while sucking on a popsicle, conducted a series of experiments and discovered that fat was much more sensitive to cold than other body tissues. And after determining the precise temperature that would maximize fat destruction, the concept of “cryolipolysis” was created and became the innovative concept behind CoolSculpting.

CoolSculpting by ZELTIQ is a safe and effective non-surgical body contouring treatment for fat reduction. It uses precisely controlled cooling (cryolipolysis) to freeze away stubborn fat. During a CoolSculpting procedure, fat cells in the targeted area are frozen and destroyed without injuring the skin or harming surrounding tissue. These dead fat cells will be naturally broken down and safely flushed out of your body over several weeks, leaving you with firmer skin and new contours within 2-4 months.

Men by nature are susceptible to accumulating fat in certain areas that can be resistant to diet and exercise. Essentially, if you can squeeze, CoolSculpting can freeze it, making it perfect to treat these hard-to-reduce areas:

CoolSculpting offers you a safe and effective solution to fat reduction, eliminating the need for surgery, anesthesia, or downtime. More importantly, the results will look natural even if you’re only aiming to remove a few areas of fat. These are the top reasons why men are choosing CoolSculpting:

At Cosmetic Laser Dermatology, we also perform DualSculpting, a treatment that uses two machines to treat two areas at once, allowing us to complete your treatment twice as fast. Every procedure is also combined with Acoustic Wave Therapy which helps optimize results. Acoustic wave therapy has clinically shown to nearly double the amount of fat reduction following a CoolSculpting treatment.

You can also achieve a full-body rejuvenation by easily combining CoolSculpting with our other treatments such as: 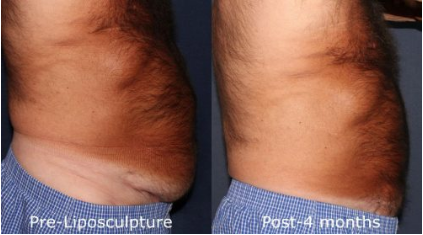 Actual un-retouched patient before and after Liposuction treatment for Abdomen by Dr. Groff. Disclaimer: Results may vary from patient to patient. Results are not guaranteed.

During the first few minutes of the procedure, you’ll feel a slight sucking sensation while the machine’s applicator adheres to your body. You may also experience sensations of tugging, pulling, mild pinching, tingling, and intense cold at the treatment site but these will subside as the area becomes numb.

You’ll either be seated or lying down, which means you can comfortably read, listen to music, work on your laptop, or even take a nap while you undergo CoolSculpting. Depending on the area, treatment can be done in as little as 35 minutes.

Read our pre/post-treatment guidelines for CoolSculpting.

What to Expect After CoolSculpting

In the months following your treatment, your body will gradually flush out the dead fat cells. There are common side effects but are typically mild and temporary, persisting for 1-2 weeks. Examples include firmness or stiffness, itching and redness, bruising and swelling, stinging sensations, numbness, whitening of the skin, tenderness, and mild cramping or muscle spasms.

Download our “What to Expect During and After a Coolsculpting” Guide here.

Keep in mind, CoolSculpting should not be considered a form of weight loss. It is intended to be a supplement to an already active and healthy lifestyle.

The following symptoms are common and may persist up to several weeks after
your procedure. Symptom intensity varies from patient to patient but side effects are expected to subside over time with no lasting complications. Side effects include:

All of these symptoms are temporary and are expected to subside naturally over
time. However, if your symptoms worsen over time, please contact our office at
(858)657-1002. 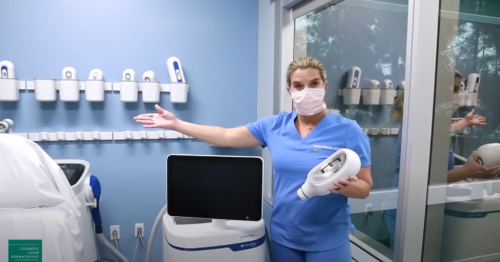 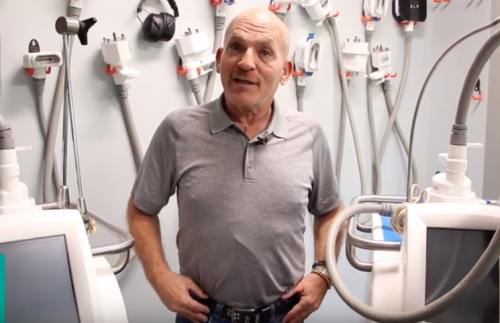 Patient Testimonial: CoolSculpting to the Abdomen by Cosmetic Laser Dermatology

Q: Can I Return To Normal Activities After The Procedure?

A: Yes! CoolSculpting is a completely non-invasive procedure. You can immediately return to your normal schedule. You may experience redness, minor bruising, tingling, swelling, or numbness in the treated area(s), but these are just temporary and will resolve in 2-4 weeks. Most patients return to work after their procedure and patients that lead a healthy lifestyle that includes exercise prior to CoolSculpting treatment can go directly back to the same exercise regimen afterward.

Q: When Will I See Results?

A: You’ll start to see results in as quickly as 3 weeks post-treatment. You’ll see and feel the most dramatic results between m

Q: How Many Treatments Do I Need?

Q: How Long Will My Results Last?

A: CoolSculpting causes fat cells to be destroyed and flushed from your body. As long as you maintain a healthy and active lifestyle, results are permanent.

Q: Will The Treatments Differ For Men and Women?

A: Men and women have different structures and distributions of fat cells. Stored fat in men are firmer and more fibrous, making it more difficult to lose through the traditional weight loss formula of a healthy diet combined with regular exercise. Men usually store fat in their mid-section or love handles, while women typically store more fat in the lower abdomen, hips, and thighs. Despite these differences, most of these body regions can be treated with CoolSculpting. The number of sessions recommended for men, however, is usually different from women. The total number of sessions will of course, be tailored to the patient and will depend on how much fat cells are needed to be removed from a particular body region. For instance, the mid-section which tends to store more fibrous fat in men will usually need more than one session, while the abdomen may already show significant results after one treatment. 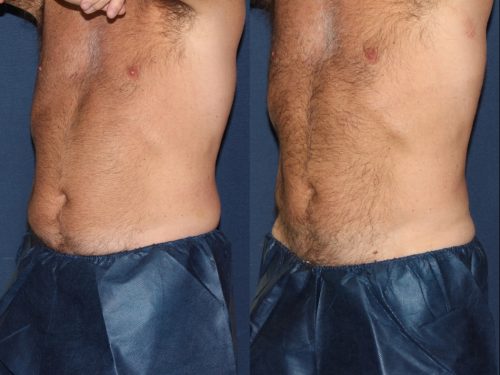 Cosmetic Laser Dermatology in San Diego offers a range of minimally invasive treatments to help men remove fat and sculpt the abdomen, pectorals, neck and more. These treatments can also be used in combination with Coolsculpting to achieve the best results.

A small cannula is placed under the skin to access unwanted fat and deliver radiofrequency energy, heating the fat tissue and causing the fat cells to melt.

A thin cannula is used to access the unwanted fat layer through very small incisions and the fat is suctioned out of the body. The doctor then shapes the body to give the patient their desired aesthetic.

The deep heating and integrated cooling of this treatment helps stimulate collagen production, resulting in tighter and smoother skin with improved tone and texture.

An injectable treatment that destroys fat cells under the chin, giving the face a younger and thinner appearance. 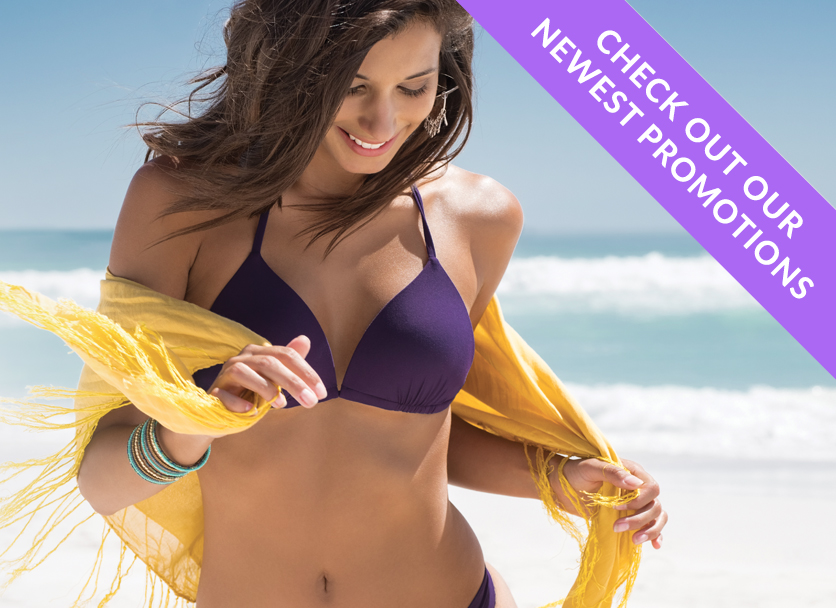 For more information about the monthly specials offered at Cosmetic Laser Dermatology in San Diego, visit our Promotions page.

“If I could give this office 10 stars I would! I’ve never been to such an incredible office where everyone was so sweet, helpful, and professional!”

“I had such an awesome experience for my first visit and I am referring everyone I know to this office. From the super friendly staff to the state of the art procedures, they are the cream of the crop.”

“I love and appreciate the professionalism, knowledge, warmth, and extraordinary care from the team at Cosmetic Laser Dermatology.”

Our medical aesthetician Farzaneh got her first do

Look at these incredible results from our very own

REGISTER for @kimberlybutterwick’s webinar next

Say goodbye to pills, and say hello to the easiest