Pearly Penile Papules (PPP), known medically as hirsuties papillaris genitalis, is a common condition that affects millions of American men of all ages and, though typically harmless, can have an adverse effect on the psyche.

Exacerbating the issue is the lack of reliable information about pearly penile papules available and the proliferation of PPP myths and outright untruths that worsens the issue. As if that weren’t enough, many companies out there claim that they’ve developed a remedy for pearly penile papules.

Extensive research has been done on PPP and its treatment, but there are still many misconceptions. Instead of relying on misinformation and unfounded claims, why not rely on the leading PPP expert in America? Dr. William Groff of Cosmetic Laser Dermatology in San Diego is the country’s foremost expert on PPP and PPP treatment. After thousands of treatment successes of PPP on men of various ages, races, and skin types, Dr. Groff’s knowledge is unsurpassed. To learn more about how Dr. Groff treats PPP, please visit his website: www.ppptreatment.com.

What PPP Is and Isn’t

If you’re a man, having a healthy penis is a crucial aspect of life. Yes, of course, it has important physical functions – it’s a vessel for the elimination of liquid waste (urine) from your body as well as the means for sexual reproduction. However, neither of those explains just how important its health can be. In essence, it defines who you are as a man, and any issue with it can affect your self-esteem and/or cause extreme anxiety, which can lead to overreaction as you try to remedy the issue.

If you’re new to pearly penile papules, they are growths of small bumps on the ridge of the penis head comprised of several rows of pearly, smooth bumps around the head of the penis. The PPP bumps might be yellow, white, pink, or even translucent.

However, these small papules can have a serious effect on your self-esteem. Due to all the myths and misinformation being bandied about, your sexual partner might mistakenly think you have a contagious STD and think otherwise about having sex with you, which could very likely cause you to develop a fear of rejection. You might even feel PPP is a sign that you’re losing your virility, as many men report fearing. As a result, you may develop other sex-related issues, such as erectile dysfunction (ED) before or during sexual congress.

This is the real impact of PPP misinformation – unnecessary anxiety and emotional trauma. Defend yourself against this by educating yourself.

As for some of those aforementioned pearly penile papules myths, some of the most common include the following:

None of the above myths is true.

What is true is that PPP removal or treatment is a personal choice because it’s less a medical condition and more of a cosmetic one. In fact, some men we treat report that they lost sensation in their erect penis during intercourse due to the rings of papules, which is why they sought treatment.

PPP doesn’t discriminate – men of any race, skin color, or geography can be affected, although it does seem to affect uncircumcised men more than it does circumcised men.

The One Treatment that Works Safely Every Time

One of the most irritating things about PPP, according to patients we talk to daily, is that it’s so hard to get rid of them. Even with all the advances in medicine and modern technology, finding sufficient PPP treatment or even basic advice can be a challenge.

It’s very possible that you’re here on this page because you’ve tried PPP “treatments” that have had zero impact on your condition, such as alpha hydroxyl acid topical cream, castor oil, or antibiotics.

Your best option is simple – CO2 laser treatment for pearly penile papules removal at Cosmetic Laser Dermatology in Oceanside. On top of that, you have the best dermatologist possible with Dr. Groff taking care of you.

With CO2 laser treatment, highly concentrated carbon dioxide laser beams target your PPP bumps before melting them away safely and quickly. The PPP laser treatment takes about 30 minutes and, due to the latest generation CO2 laser, ensures the most precise accuracy possible; areas unaffected by the pearly penile papules are untouched. Recovery is usually about one to two weeks with no scarring, loss of sensation, or long-term side effects. You might experience swelling or redness on your penis, but these usually disappear within several days.

For Answers to Your Questions, Contact Cosmetic Laser Dermatology Today!

Next, read about the one proven remedy for PPP. 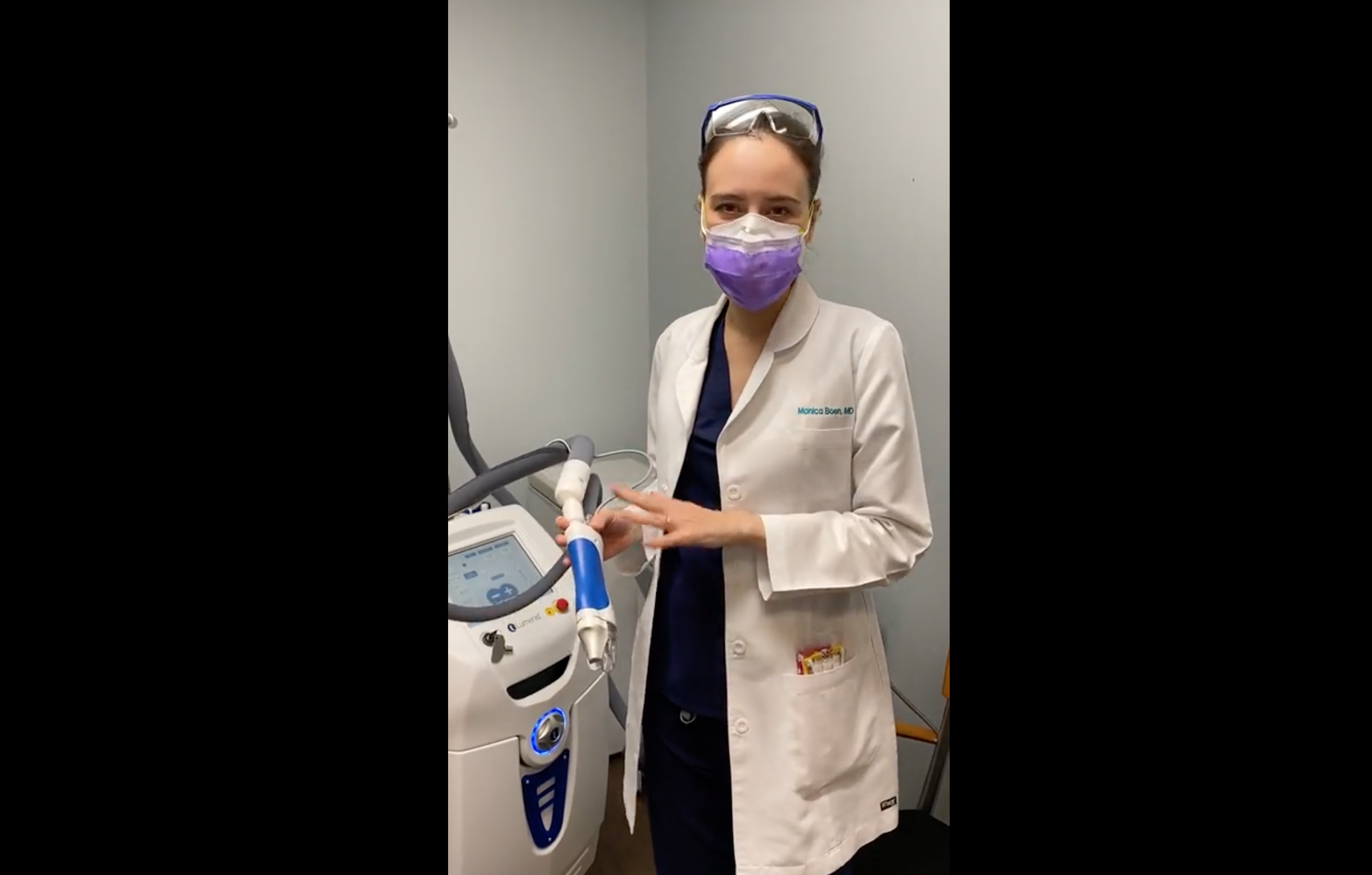